Cold calling is a competitive advantage

Cold calling is dead. Or not? According to Hubert Bennet it’s actually a competitive advantage. Here are some reasons why.

Anyone who works in business development or sales had to face this debate at some point: is cold calling a good way to get in touch with your prospects?

Personally, I do think so for a number of reasons. But before diving into it, let’s agree on a couple of things.

First, good leads development plans involve all of the things—outbound, inbound, letters, pigeons, emails, handshakes, face-to-face, LinkedIn….you get the point. Ideally, you would try most of them to see what really works for you. However, I feel like none of these tactics gets more hate than cold calls.

Second, for some reason, many people think that emails will do the work. They start automatic sequences waiting for the person to reply and magically buy something from us. Is it really much more effective than cold calling?

Let me ask you a simple question: How many emails do you have in your work inbox right now? Most likely the answer will be A lot. And guess what? That’s also the case for most of your leads.

Also, take a look at this chart from the same report analyzing the average number of emails sent and received per day. We, in business development, face this competition on a daily basis when we send that outreach email.

The truth is that, even with all the personalization in the world, our email is still fighting to be seen against thousands. And, unless you follow up consistently in a very relevant way, chances are that your emails will simply never be read.

However, you barely hear anyone saying that cold emails are not effective and that we shouldn’t rely on them.

On the other hand, cold calling is very often condemned as a practice. Just try to Google “‘cold calling 2019” and you’re gonna find titles like “We Said Good Bye To Cold Calling And Increased The Business” or “It’s Official: Cold-Calling Is Dead and Buried”.

One of the main arguments against cold-calling is that it’s simply not effective as people don’t like such an intrusive communication method.

While I have no statistics about worldwide cold calls, I know that personally I made over 2000 calls in 2019, and – you may be surprised – the results were actually very good.

This is what would usually happen:

Now, you can always argue that you get rejected and some people don’t appreciate your outreach. But, this can happen also if you only send emails, except that at least on the phone you can get real-life feedback and move on.

For some reason though, many people still think that emails are more effective and simply don’t take a chance on cold-calling.

Read also: The elevator pitch and its inventor.

How do you measure cold-calling?

By now, I think it’s pretty clear I really don’t believe cold calling is dead. On the contrary, I think it can be a great competitive advantage considering that everyone is overloading people’s inboxes with emails.

But how do you make sure you get the best out of cold-calling? Here some tips based on my own experience.

1. Set clear KPIs for yourself

First and foremost, you need to have some KPIs in mind to make sure that you build an effective process that actually gives you results. One of the most important metrics I seek is: How many cold calls turned into a conversation?

The basic definition of a conversation is that you engage in an informal talk with someone and you exchange news or ideas. Now, this is a very important thing to keep in mind to measure the success of cold calling.

When I cold call and the other end hangs up in my face, where is this exchange of ideas? If your lead picks up, and he or she is being cagey, then that’s like talking to a brick wall. Is that a conversation?

The bottom line is that if the call doesn’t turn into a conversation, then it was a cold call—nothing more, nothing less.

Either your calls become conversations or they don’t. It’s really that binary.

2. Create the environment for a conversation

So how can you make sure you transform a cold call in a conversation? The answer is in the ability to quickly understand the mood of your lead. The best way to do this by doing a very simple thing:

This introduction is so simple, yet works well because it does one crucial thing: It takes the temperature of your lead. If your lead doesn’t feel like talking, then it’s pointless to force it and instead, you should move on.

Many times when I felt the lead was not in the mood I would just ask:  ‘Would you like to talk later? It seems like now isn’t the right time.’ Most leads have bailed on the call and typically, we don’t talk again.

I know it goes against convention: If you have them on the phone, close, close, close. But no, this is real life, not a movie. I’m not wasting my words on someone who’s distracted, annoyed, off-kilter, etc. They are not listening. They are not thinking about what you’re saying and it’s a waste of everyone’s time.

However, if you do manage to make the other person feel comfortable, then you can have an actual conversation and finally find out more about your lead.

3. Focus on the quality of the conversation

Now, for many companies, a call is good only if you close with a deal or an important next step. Otherwise, it’s basically useless. But I think this approach is really hurting the potential of these businesses.

Frankly, as long as you get any small piece of information, you should consider that a good conversation. After all, all you had before calling was a small amount of data based on a Google search or on the LinkedIn profile of the lead. But you didn’t have the real story (aka insight), that information that helps you understand if the lead fits you or not.

So as long as there is an exchange of some sort of information, that call is good. Sure, it may not be the information you were hoping to receive, but it’s still more than no information at all.

And then, if you manage to get the exact information you need, then it’s the icing on the cake. However, no one would trash an entire cake just because they didn’t get icing. Instead, they would happily eat the cake and hopefully get some icing the next time.

You get the point. A conversation is bad only as long as you don’t appreciate the importance of the information you gather. However, if you take that info and you put it in the bigger picture you will realize that this is just a piece of the puzzle.

Eventually, the more you collect, the better you will become at identifying your target early on and this is what will make you more successful in the long run!

You might also want to read: 10 steps to successul negotiations.

The BD Dilemma: Cold-calling vs Emails

Finally, the business development dilemma: cold-calling vs emails. Either way, whether you’re calling or emailing, you’re fighting against so many other voices. So, what should you choose to maximize your results?

To me, there is no dilemma. A cold call gives a better chance of engagement, of having an exchange that is lively, dynamic, maybe even fun. It is closer to a conversation than an email simply because emails are passive forms of communication.

Simply put: We must choose to cold call with the mindset that we may only get the cake with no icing. But, that’s okay, because that’s all we wanted in the first place. And the cake is still good, like Pop Rocks in your mouth.

So some of you might ask, why is he giving away the “secret sauce”? If that’s true that we already fight in such a busy field, encouraging people to do more won’t reduce the noise.

The truth is I’m no guru, no expert. I have no fancy title. I just work in the field every day and that’s what I learned so far. Furthermore, there are already tons of calls—my words aren’t changing that.

In the end, what really matters is to transform the call in a conversation. And I’m still trying to figure that out. 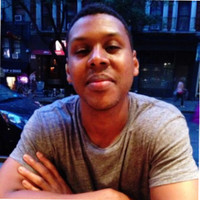 Author
Hubert Bennett
Business Development at Search Laboratory
I actually enjoy what I do for a living: business development! If I had to describe what I do, it’d be 😑🤕🤒🤨😤😁. You should try it. You might enjoy it, too.

Are you ready to grow in business development?

Subscribe to our newsletter and get the latest industry tips, tricks, insights, and more.

©2021 The BD School. All rights reserved